Shut down of permanent establishments in Germany due to COVID-19

When German permanent establishments have to be shut down due to COVID-19, there are, apart from labour law aspects, crucial tax issues which should be considered beforehand in order to avoid detrimental tax consequences.

Among these are in particular:

Most of the questions are not fully settled by law. Moreover, the answer will heavily depend on the specific business activity of the permanent establishment in issue and the provisions of the double tax treaty Germany has concluded with the state of the foreign investor. This holds true in particular for the recognition of losses and what is to be considered a “shut-down” opposed to a mere interruption or suspension of the business activity.

Since the taxation of cross-border situations is complex it provides for notable pitfalls. These pitfalls usually lead to significant back payment of taxes, fines and alike. Therefore: When shutting down / suspending business activities of permanent establishments in Germany due to COVID-19 the consequences, especially tax compliance obligations, including subsequent ones, should be borne in mind. 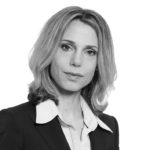